Seventy-one; my eighth decade.  When I think that's old, I recall the nursing homes where my singing group entertains and the fact that I'm younger than pretty much everyone in the audience.  Still - I bemoan the aches and pains associated with aging.  I complain about what is essentially minor crap - joints that swell, muscles that cramp - crap.  my knees are so bad I can no longer jog, but I can still walk.  My shoulder joints are so bad that I can no longer do the weightlifting I once did, but I can still do some of it.  My wind is good.  I can do aerobic work much as I did before.  So, aging ain't so bad when you get right down to it.   When I complain to my doctor about getting old, he says, "That's a good thing."  It is when one considers the alternative.

Okay, what in hell has that got to do with Christmas and the Winter Solstice?  Haven't the foggiest, but it felt good to whine a little.

So - many Christmases, many Solstices (twice as many if you count both summer and winter) have passed, most of them fun.  We're celebrating this season in several places: Louisiana, Alabama, and New York.  Celebrating in several different ways, also, but the common ground, the real celebratory core, is family.  We are now, and will be, with family.  The past few days we've been in Louisiana, the home of our son and daughter-in-law, grandson, and great granddaughter (emphasis on the Great) 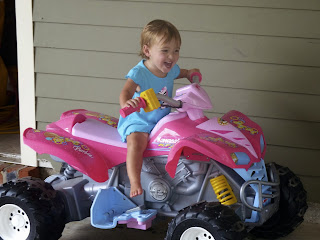 Next part of the trip is Alabama and Carol's youngest sister, one of my favorite people on the planet. My drives to and from Louisiana always involve a stopover in Birmingham.  Home on Christmas eve and dinner with Wanda's family and in-laws.

All in all I couldn't ask for a better Christmas/Saturnalia/Solstice season.

I don't have anything profound to say this year - check last year's post for profundity.   Have a lovely, loving holiday season.  Celebrate it however you do, but remember it's a time of peace and love, two things we ought to try carrying throughout the year.