Down to the Wire

I promised myself, and probably several others, that I would post a blog at least once a month.  I believe I've reneged on that promise a few times already.  I think I've already mentioned in one or more of these how much I rebel agains routine (read schedules in this case) even when I make them up.  My excuse this time involves a mysterious gnome that is wandering through my desktop computer.

First let me clarify some things.  This home is overrun with computers!  The one I just mention sits in my office and is generally used for working on my photographs and my writing.  It supports two fairly large monitors, one which was purchased specially for tuning up photos.  The other is for most everything else.

In addition to that computer I have two more on a work table: one is a PC used solely for our Quicken household finances, the other —an older MacBook Pro — runs my Canon Scanner.  It is so old that it can no longer be updated to the current level of the MacOS.  That's a good thing, because a few levels back the updated MacOS on my regular desktop (the machine I mentioned above) would not recognize my Canon flatbed photo scanner.  When I called Canon about it I was told that the scanner had reached the end of its  life and would no longer have any driver support.  They did generously offer to sell me a newer scanner to replace the one that, until the MacOS update, functioned perfectly.  Since the old laptop I had did support the scanner, that is now its function; that and running the photo printer that seemed to stop communicating with the latest MacOS also.

I''m typing this on the MacBook Air that I travel with and generally use to read my email and do NYTimes puzzles over morning coffee.  It's on my lap.  I am in my office.  Hence I have four computers in easy reach.

Rounding out the family computing hardware is: the Toshiba Laptop in Carol's office, three iPads scattered around the house, and a truly ancient Mac laptop in the yoga practice room in our basement.  There may be more that I have forgotten in this inventory.

In my defense (if there is any possible defense for this) I once ran my own computer consulting and repair business. 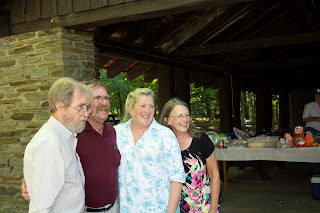 September 15th, was my father's birthday.  Had he lived, he'd be 107. He missed it by 43 years.        I was out in my shop yesterday putting away some tools I'd been using while trying to complete the installation of a new opener in our attached one-car garage.  When I opened the lid on the large toolbox, I saw the instruments my dad used in his job as a machinist — turret lathe operator to be specific — and the sight brought memories of him, of the times I sat at the dining room table watching and listening while he sketched an image of some part he was fabricating. As he explained the reason for the various angles and sizes adding the degrees and millimeter measures as he spoke, the sketch became an intricate line drawing with the precision of a blueprint by the time he finished.     I don't know much about his youth, not even sure where he was born, just when.  It might have been in Beacon, NY. or NYC.  I know he quit school at 13 when his father was killed in a tra