Observations and Musings While on the Road

on September 13, 2021
While my senses are focused on the road, my vehicle, and those around me from all directions, my mind tends to muse: recording observations, forming opinions, composing the next episode of one of my unfinished novels, that kind of stuff.  When you have driven as many miles in as many different machines as I have, your conscious mind can be elsewhere while your lizard brain and senses: sight, sound, smell, and touch, handle the machine. (I didn't include taste though there are some instances where it cohabits with smell.) In emergency situations, my conscious mind comes into play only reacting to what my body has already handled.  Enough about driving. 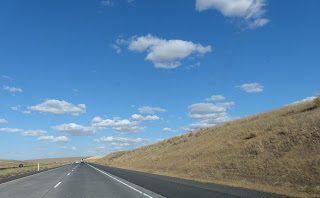 Here are a few miscellaneous thoughts and observations that I made while on the road. Ignore the ones that trouble you and recognize that these are examples of where my mind wanders on a long drive:
Until next time,
Namaste

Musings from the Road Issue #1

For those not already aware of our penchant for naming our vehicles, the Jayco camping trailer we own is Mocking Jay and the Honda Ridgeline we tow it with is The Hulk .  I decided to write a kind of travelogue during our trip to Eugene, Oregon and back.  Here's the first issue. 8/11/2021 We agreed to try leaving for our camping journey west by 0700, with 0800 as a “must leave” time.  We were on the road at 0758 after I struggled to attach Mocking Jay to The Hulk ’s hitch. I just wouldn’t drop over the hitch ball.  Finally, I put a dollop of what Carol identifies as Funny Purple Grease on the ball and voila!     I had The Hulk checked out, oil and filter changed, fluids topped, tires and brakes checked, etc. a few days earlier and intended to pump the tires up to forty pounds from the usual thirty-five before we left to improve mileage.  I didn’t.  I also intended to check and pump Mocking Jay ’s — also didn’t.  Our 495 +/- journey over the Appalachians, was accomplished at 10.